Peter Ilyich Tchaikovsky (1840-1893) was one of the most famous Russian-born classical music composers. He played a significant role in the establishment and development of a national musical culture. As a professor at the Moscow Conservatory, he worked fruitlessly disseminate Russian classical music. As a composer, Tchaikovsky wrote some of the greatest masterpieces of all time which are still popular today including "The Nutcracker", "Swan Lake", and "Sleeping Beauty". In recognition of his musical genius and efforts, the government officially added his name to the Moscow Conservatory which became the Moscow 'Tchaikovsky' State Conservatory after 1940. 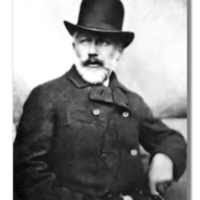