The Bolshoi Theater, one of the most storied and dramatic artistic sites in modern Russian history, encapsulates several different aspects of Russian history and culture. Founded by Catherine the Great in 1776 to help promote the ballet and the arts in Russia, the Bolshoi Theater has become centrally important to not only specific events and instances in Russian history, but also in defining the changing concept of “Russianness” over time. The sociopolitical history and material changes of the Bolshoi Theater offer a juxtaposing, unique, and ever-changing lens through which to understand the domestic and international takes on “Russianness.”

Note: does not appear to have rights information on the website since it is unofficial. Since the website (from which the main image was set) is in all Russian, however, there is a possibility that the rights were embedded and I missed it even though I translated the page.

Theater for dance, opera, and more.

The object biography of the Bolshoi Theatre provides the history of a physical location that has mirrored the larger societal and political transformations within the Russian state. I found it fascinating that a place that was constructed to represent imperial, tsarist power became a showcase of Marxist-Soviet idealism (bulldozers with wings). Also, this object biography, by noting the expansion of seating during the Soviet times, presents the Soviet-era tension between mass culture (expansion of the seats) and high culture (presumably, what was going on onstage).

This biography provides a good overall summary of the quintessential importance of the Bolshoi Theater as an icon of Russian culture. The site served as both a center of culture and politics demonstrating its central presence in everyday life. Consequently, the fame of Russian artistic achievements spread worldwide which elevated the country's reputation as a cultural center and aided in economic development.

I particularly appreciated your recognition of the way in which the Bolshoi Theater has had "as much politics on its stage as art," in your words, especially during the Soviet era. It really seems to be a testament not to a dual-purpose arena but the convergence of artistic greatness and political agenda. This is particularly clear from the juxtaposition of two key types of events you mentioned took place at Bolshoi: the artistic, such as the debuts of artists such as Prokoviev and Tchaikovsky, as well as the political, including the announcement of Lenin's death and Stalin's speech.

I found it worthwhile to compare my object biography on Soviet propaganda, specifically the photomontage posters of Gustav Klutsis, to your biography of the Bolshoi Theater. One of my key takeaways from my object biography was that to understand the production and story of the Klutsis poster is to view Russian art as a product of the Soviet government, at least to an extent. Reading your biography provided a broader context within which one can interpret the meaning of art in Russia, and its inextricable link to politics, as one way to understand an important period of cultural Russianness.

I really enjoyed reading this! 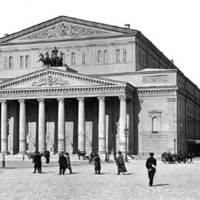 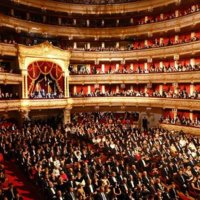 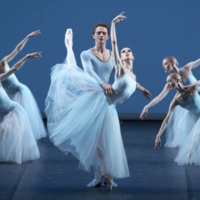 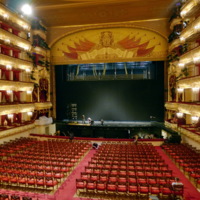