American journalists John Reed and Louise Bryant provided vivid accounts of their first-hand experiences of the October Revolution. Reed published his experiences in the book Ten Days that Shook the World. Braynt published Six Red Months in Russia. Both were prolific contributors to the socialist political and literary magazines of the time including A Revolutionary Age, The Communist, The Masses, and The Liberator, among others.

American journalists John Reed and Louise Bryant provided vivid accounts of their first-hand experiences of the October Revolution. Reed published his experiences in the book Ten Days that Shook the World. Bryant published Six Red Months in Russia. Both were prolific contributors to the socialist political and literary magazines of the time including A Revolutionary Age, The Communist, The Masses, and The Liberator, among others, in addition to mainstream media outlets. Bryant, in particular was widely published by Hearst media and became known for her sympathetic coverage of the Bolsheviks. As talented writers and witnesses to the Revolution, and on the basis of their access to leading Bolshevik political figures including Lenin and Trotsky, the couple became powerful voices for the “truth of Russia” during the immediate post-Revolutionary period.

“On the grey horizon of human existence looms a great giant called Working Class Consciousness… It all depends on us whether he will turn into a loathsome, ugly monster demanding human sacrifices or whether he shall be the saviour of mankind. We must use great foresight, patience, understanding.... We must somehow make an honest effort to understand what is happening in Russia.” - Louise Bryant, Six Red Months in Russia

I'm curious to find out what blog platform you are utilizing? I'm experiencing some minor security problems with my latest site and I'd like to find something more secure. Do you have any suggestions?

Hello very cool site!! Man .. Beautiful .. Wonderful .. I will bookmark your site and take the feeds additionally? I'm satisfied to find so many helpful info here in the put up, we need develop extra techniques in this regard, thanks for sharing. . . . . .

Way cool! Some very valid points! I appreciate you penning this write-up and the rest of the website is very good.

Incredible! This blog looks exactly like my old one! It's on a completely different subject but it has pretty much the same page layout and design. Outstanding choice of colors!

It's not my first time to go to see this web page, i am browsing this web page dailly and take fastidious facts from here every day.

hey there and thank you for your info – I have certainly picked up anything new from right here. I did however expertise a few technical points using this web site, since I experienced to reload the website a lot of times previous to I could get it to load correctly. I had been wondering if your web host is OK? Not that I'm complaining, but slow loading instances times will sometimes affect your placement in google and can damage your quality score if ads and marketing with Adwords. Well I am adding this RSS to my email and can look out for much more of your respective interesting content. Make sure you update this again soon.

This is a topic that is near to my heart... Many thanks! Exactly where are your contact details though?

What a information of un-ambiguity and preserveness of valuable know-how regarding unexpected feelings.

True confession: I've never read Six Red Months in Russia. I shall have to, in part because I am curious why it is that Reed's narrative remains a widely-assigned text in history classrooms, while Bryant's narrative is relatively unknown. 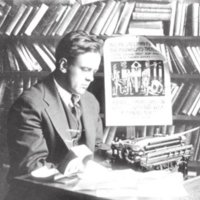 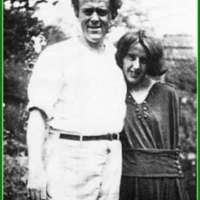