The Moscow Conservatory and the development of Russian Classical Music

The display of prestige of the Moscow Conservatory took the form of strict and high standards of enrollment. Students were selected based on a strict application process that included a personal interview. [1]In short, pupils needed to meet a particular standard of talent and promise. However, the music education system began early in life and individuals set forth goals of studying at the Conservatory from the beginning. Initially, students as young as five could enroll in the Central Specialized Music School, which offered instruction to students between the ages of five and eighteen. Next, students who continued to pursue music seriously had the opportunity to enroll in the Conservatory Musical College with the chance of earning a university degree. Only then could those considered the most promising amongst these talented individuals earn the chance to enter the Moscow “Tchaikovsky” Conservatory and earn a masters degree. In essence, these conservatory-educated musicians represented the ‘crème of the crop’ and received high international praise, directly impacting the effect of Russian culture on the world stage. Students not only excelled in performance but were also instructed in pedagogy.For example, the composer Sergei Rachmaninoff (1873-1943) who studied at the Moscow Conservatory was not only a famed composer but also an illustrious teacher.

The spread of Russian musical influence began in the nineteenth century, reaching a high point with the establishment of the Moscow Conservatory in 1866  and its counterpart, the St. Petersburg Conservatoryin 1862. During the course of the ninetennth century, music had become a defining national experience and there were several conservatories across the Soviet-occupied region, of which the most famous were the St. Petersburg and Moscow Conservatories respectively. [2] The prestige that each garnered, as well as the fact that they were established by two brothers, naturally created competition for status. Music greats including Rachmaninoff and Prokoviev studied at both institutions and contributed to the fame that Russian-produced musicians had gained by this point in history. Despite the competition that between these institutions, together the two conservatories formed the Russian Music Society and represented the unified interests of the Russian state. 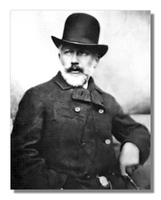 A prominent figure in the history of the Moscow Conservatory, Peter Ilyich Tchaikovsky (1873-1940) aided in its development along with establishing and spreading a national musical culture. Although a student at the St. Petersburg Conservatory, later, following the completion of his musical education, he was appointed professor of music in 1860 under Nikolai Rubinstein a position he held until 1878. [2] Although Tchaikovksy was foremost interested in the creation of a distinctly Russian classical music tradition, he nonetheless admired Western music, particularly of the German tradition and looked to composer greats of previous centuries such as Beethoven and Schumann for inspiration. Nevertheless, Tchaikovsky's voice was unique and his contribution to classical music as whole was immense.

The Sociopolitical environment of the early 20th century

Around the time of the Moscow Conservatory’s founding, efforts at nationalization began to occur.  The formation of a new musical group, “The Powerful kuchka” by the composers Cesar Cui, Aleksander Borodin, Milly Balakirev, Modest Mussorgsky and Nikolay Rimsky-Korsakov, also known as the “The Five” marked a quest to establish a unique Russian musical tradition, separate from Western music. [3][4] Yet, not all musicians were keen on this idea. A power struggle ensued between the Russian Music Society (which encompassed the conservatories and the composers allied with him including Tchaikovsky) and the new school, which led to the questioning of musical progress.[5] Nevertheless, the eventual melding of the two schools led to the construction of a modern musical culture.

The further development of the conservatory coincided with sociopolitical changes that occurred in the early 20th century. The 1917 Revolution marked a divisive political shift marking the beginning of the Soviet Period and the establishment of a communist regime. This event drove many out of Russia including musicians, permanently affecting the development of the country in a myriad of ways.[6] Limits on freedom of expression particularly impacted artistic pursuits, thereby dismantling the cultural richness that had taken root in the previous two centuries during the imperial period. [7]

In the following decade, musical activity did exist although under the guise of communist propaganda and Lenin’s “New Economic Policy”. For example, the creation of the Russian Association of Proletarian Musicians (RAPM), a government-supported group founded in June 1923 under the leadership of Lev Shul’gin, David Chernomordikov and Aleksei Sergeev allowed for continued progress toward modernization.[8] Although the group lost power in 1924, its association with the Moscow Conservatory through a group of composition students interested in the cause (known as “prokoll”) allowed for renewed prominence of the group into the early 1930s. In addition, the formation of a group of professors at the Moscow Conservatory, deemed the ‘Red Professors Group’ also aided in the resurgence of the RAPM. [9] Other government-backed groups also emerged during this period but did not endure the same degree of success. As such, however, artistic pursuits were limited and fell victim to the new regime in the aftermath of the revolution.

The political influence on music in the Soviet Period also contributed to a new focus on music education. [10]The reforms instituted by Lenin allowed for greater access to artistic resources among the masses which were previously limited to wealthier members of society. Many musician graduates from the Moscow Conservatory assumed ‘proletarian’ roles and engaged in a movement to spread music to the  masses. For example, Aleksandr Davidenko, a composer, “prokoll” and RAPM member, engaged members of the working class in the performance of his compositions, thereby enculturating them. As a result, music became a medium through which the spread of government propaganda occurred. 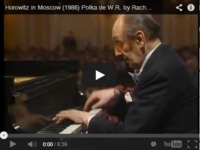 Since its inception, the Moscow Conservatory has represented the continued growth and appreciation for classical music. Performers have come from near and far to perform sold-out concerts on its stage including the likes of the Boston Symphony Orchestra in 1956 tour and the celebrated pianist,Vladimir Horowitz, in 1986. Despite American-Soviet tensions particularly during the Cold War era in the last half of the 20th century, the development of classical music continued, irrespective of national borders and imposed boundaries.

The dominance of the Russian classical music tradition has continued up to the present primarily through the reputation of the Moscow Conservatory. For example, the International Tchaikovsky Music Competition, held every four years since 1958, is the most coveted musical contest in the world. Winners of the competition are provided the opportunity to perform in the Great Hall of the Moscow Conservatory with national orchestras for packed audiences. Not only do the winners net several thousands euros in prize money, but the government also profits considerably. Thus, the Moscow Conservatory has remained a national cultural stalwart and has continued to serve the interests of the Russian State.

[6] Neil Edmunds. “Music and Politics: The Case of the Russian Association of Proletarian Musicians,” The Slavonic and East European Review 78(2000): 66-67

[9]  Edmunds. “Music and Politics: The Case of the Russian Association of Proletarian Musicians,” 22.

The Moscow Conservatory and the development of Russian Classical Music